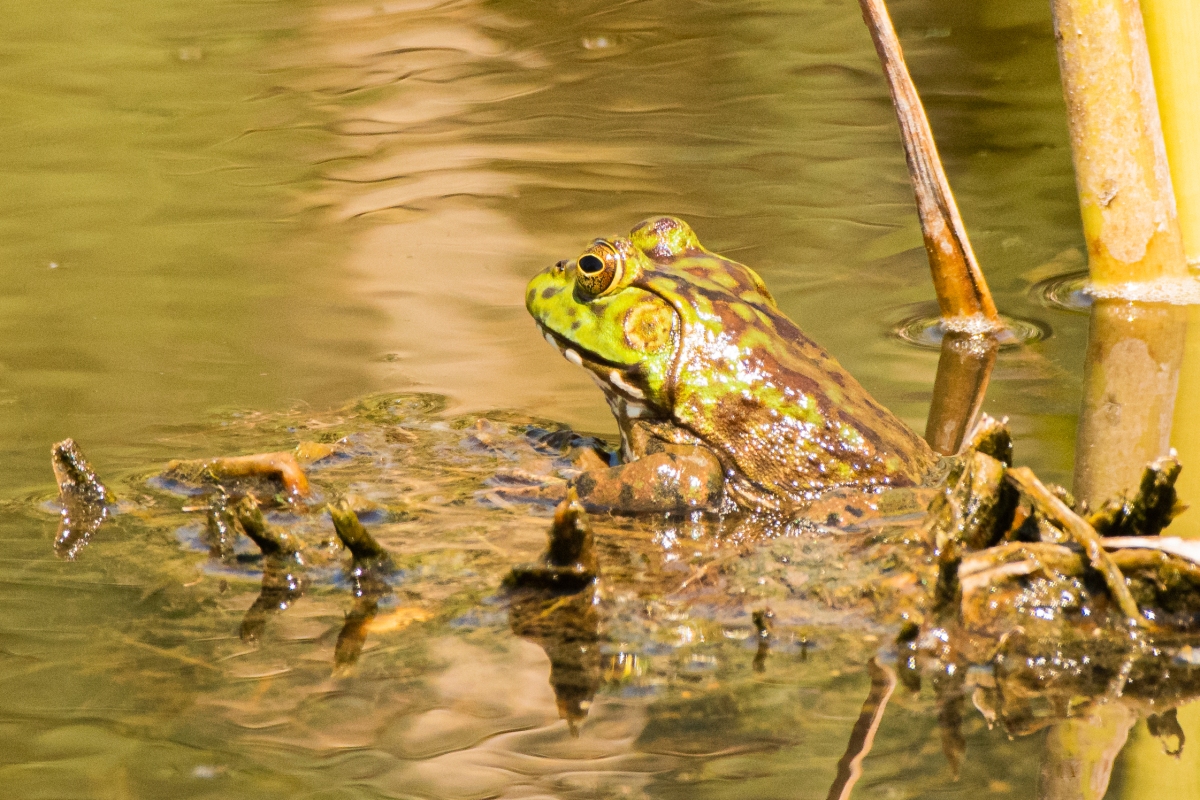 Often we hear the phrase “never say never” in relationship to motivating oneself to do whatever; stay in the game, not give up since anything is possible. Yet as I walked midday through a wetland area, I heard frogs croaking, calling or whatever you wish to name their territorial and/or mating sounds and thought I will never see one of these frogs! Hear them, yes, see them, no.

Truth be told I was walking the area to bird watch, but we know how that goes somedays. Few birds were around. No doubt they were smarter than me, hidden in the cool shade of tree leaves! No problem, I love being outdoors in nature, so I walk on hoping for some new observation … will it be lizards mating, dragonflies relaxing on a grass blade, or coyotes passing through the area?

Okay, never say never … anything is possible … even a sun-bathing frog in the middle the day, and then it jumped into the water! Wow!