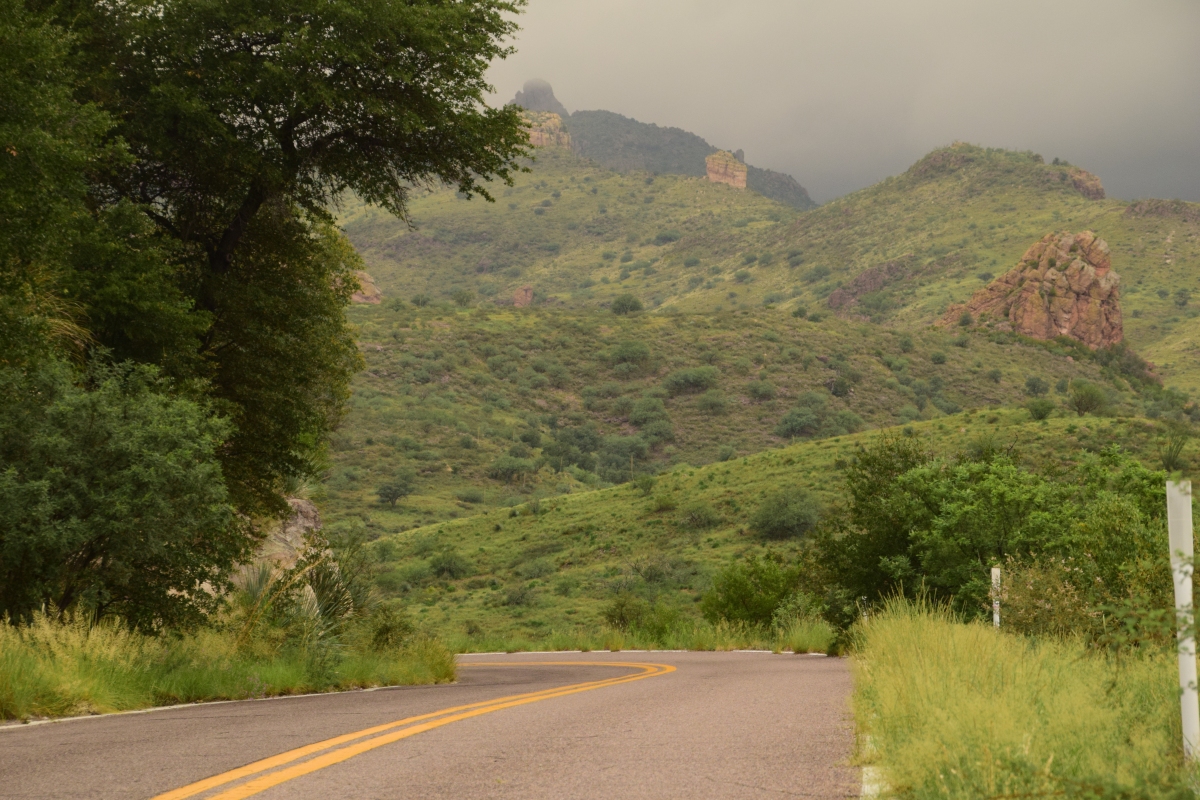 Eighteen miles northwest of Nogales, Arizona is a man-made reservoir originally built in 1957 by the AZ Game & Fish department. It sits in the Pajarito Mountain foothills of Nogales and was a new adventure for me the other day. Everything was lush green and it did look like a thunderstorm was to descend on this 3800 foot area, but I wanted to see what was there!

It is only about 10 miles west of the exit where I had been on Interstate-19 and a good paved road. Beautiful scenery as I drove into the Coronado National Forest to visit this lake.

Few people were there which was wonderful for me as long as the rain did not start. I hiked part of the trail on its west side and saw fishermen on the reservoir’s edge in a couple of locations. With a “hello” wave everyone was able to do what they wished. A rest room is at the main parking lot; nothing else except at picnic areas there are tables.

I walked the trail and saw some birds. As usual I snapped some photos to be pleasantly surprised when home to identify new birds. I knew goldfinch and vermilion flycatchers, but was surprised by the other birds.

Now I will have to return to this lake and try for better photos as the last 2 birds were new ones for my life list! What a surprise to identify them now!

I always research an area to learn more about the place. October 2008 the reservoir was closed for 8 months to drain it. They discovered sediment on its bottom contaminated with mercury and the fish were picking it up, passing it through the food chain. A major concern, I would imagine, as fishermen enjoyed fishing there for trout, sunfish, bass and catfish. An environmental company from Phoenix put three 14-thousand pound pumps to run non-stop for 30 days to drain the lake. Forest Service officials estimated it would take 8 years for the lake to refill itself. As of my visit in 2020, yes, the lake looked full so the rainfall in the area was most helpful.

So of course one should ask, how did the lake become contaminated? In the 1800’s there were mining operations. In 1999, three mining sites were cleaned up south of the reservoir with the mine tailings, waste rock, making their way through the watershed to the bottom of the lake. The mercury contamination needed to be addressed and this was how it was done.