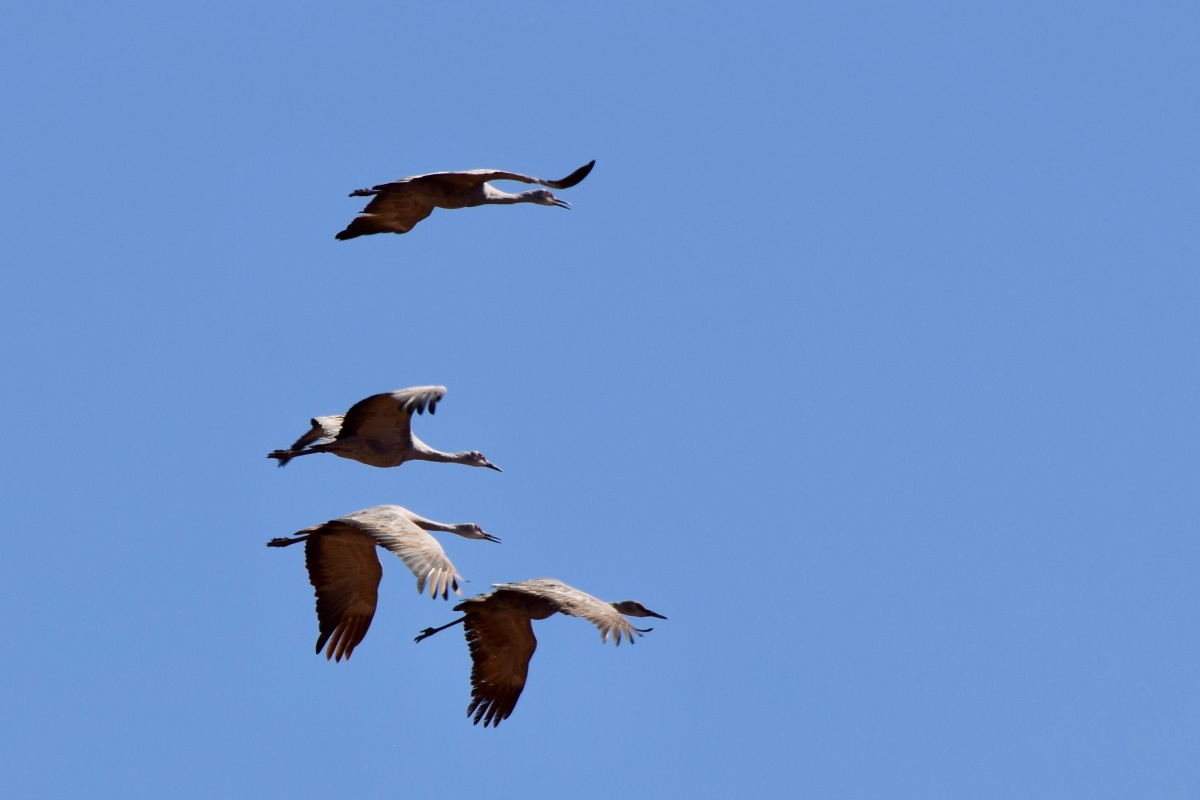 What do a few thousand sandhill cranes look and sound like? To find out, travel to McNeal, Arizona and visit Whitewater Draw Wildlife Area where you can see many sandhill cranes and listen to their gurgling trill voices. Other migratory birds winter in this riparian habitat and you can also find other animals, but this post is about the sandhill crane.

As a photographer I needed to determine the best light to photograph the birds, so I stopped on a nearby dirt road as I saw the birds flying toward the draw. These birds were probably foraging on corn stubble in nearby fields and now returning to the shallow water for an afternoon of loafing and what will be used for evening roosts.

The adult sandhill crane is gray with a red crown and white cheek patch. They are very tall wading birds and commonly winter here October to March. During our current pandemic, a sign reminds visitors to be physically distant. People were and many wore a mask too when closer to each other.

I spent almost 2 hours walking the trails, taking photographs, talking with the less than 20 people who were also visiting on this week day and eating a snack at one of the trailside benches. Two times for only a long second did the cranes remain silent! I was shocked. I was used to hearing their non-stop voices that when they stopped the second felt like a long time, yet it was not! They were back and noisy as usual in no time. I would love to see a courtship display between two birds so I will have to visit again.

Tomorrow, the other birds at Whitewater Draw Wildlife Area.